The MC has just been accepted to the school of her dreams, a Patisserie Academy! In a world where you can literally put your feelings into what you create, baking has become a highly-desired profession. ﻿The MC must navigate school life, her peers, magic, and maybe even love if she wants to become a successful Patisserie chef!

He's a no-nonsense Patissier that comes across more as a general than a teacher. Despite that, MC can peer past his hard exterior, fueled by wanting all his students to pass and achieve their dreams. 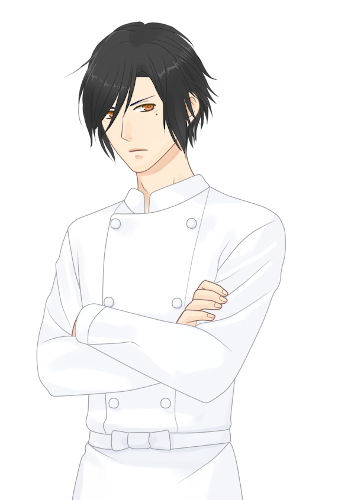 Probably the easiest classmate to get along with, he is naturally bubbly and vibrant. Even so, he doesn't fail to sneak in a comment or two; they're a punch-kick combo to the heart when paired with his innocent-seeming puppy dog eyes. 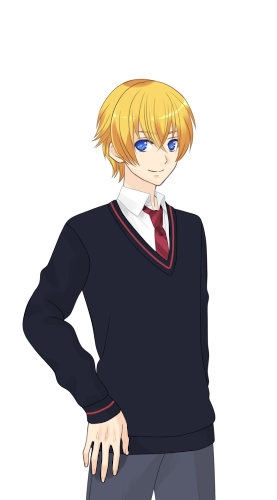 He doesn't say much, in fact, most people overlook him entirely. Yet there's something about him that just draws the MC in. Unlike the Flirt, his usual expression is the lack of one, instead of a smile. 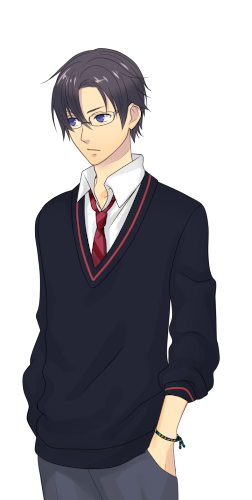 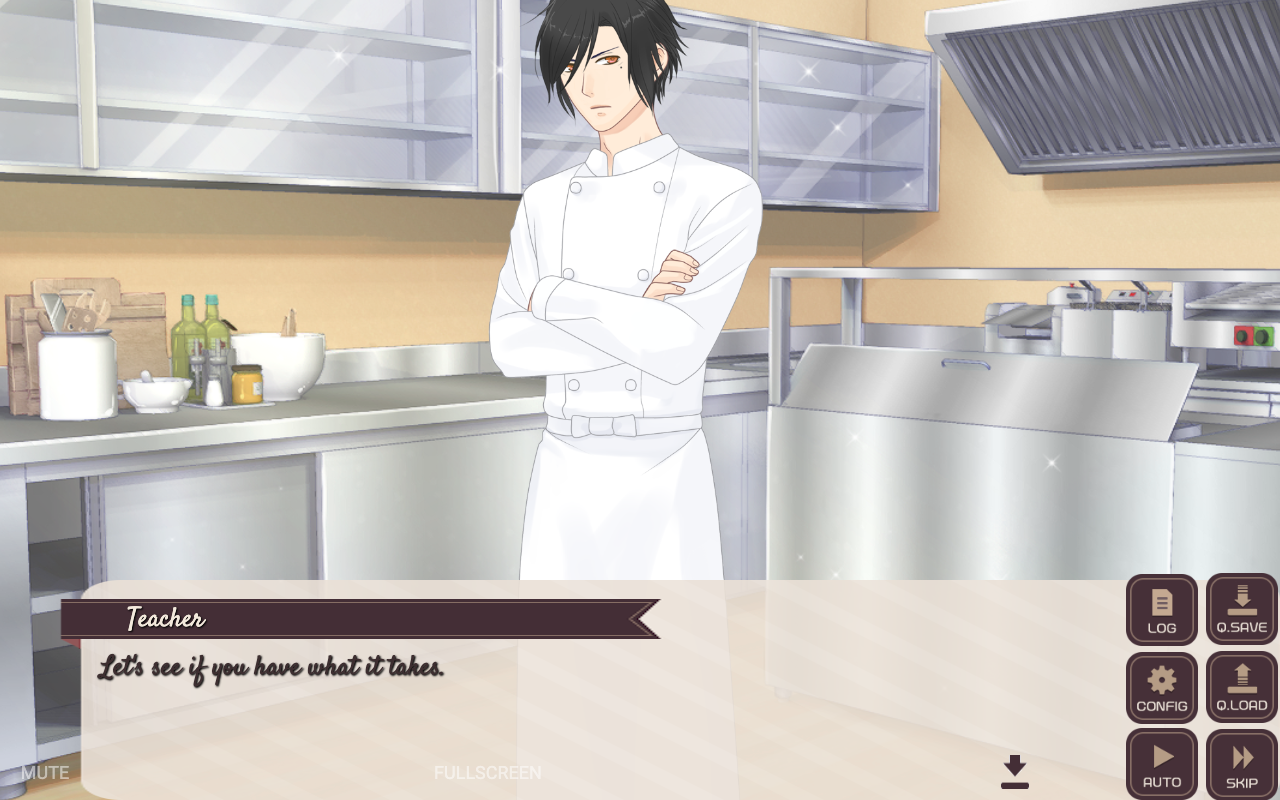 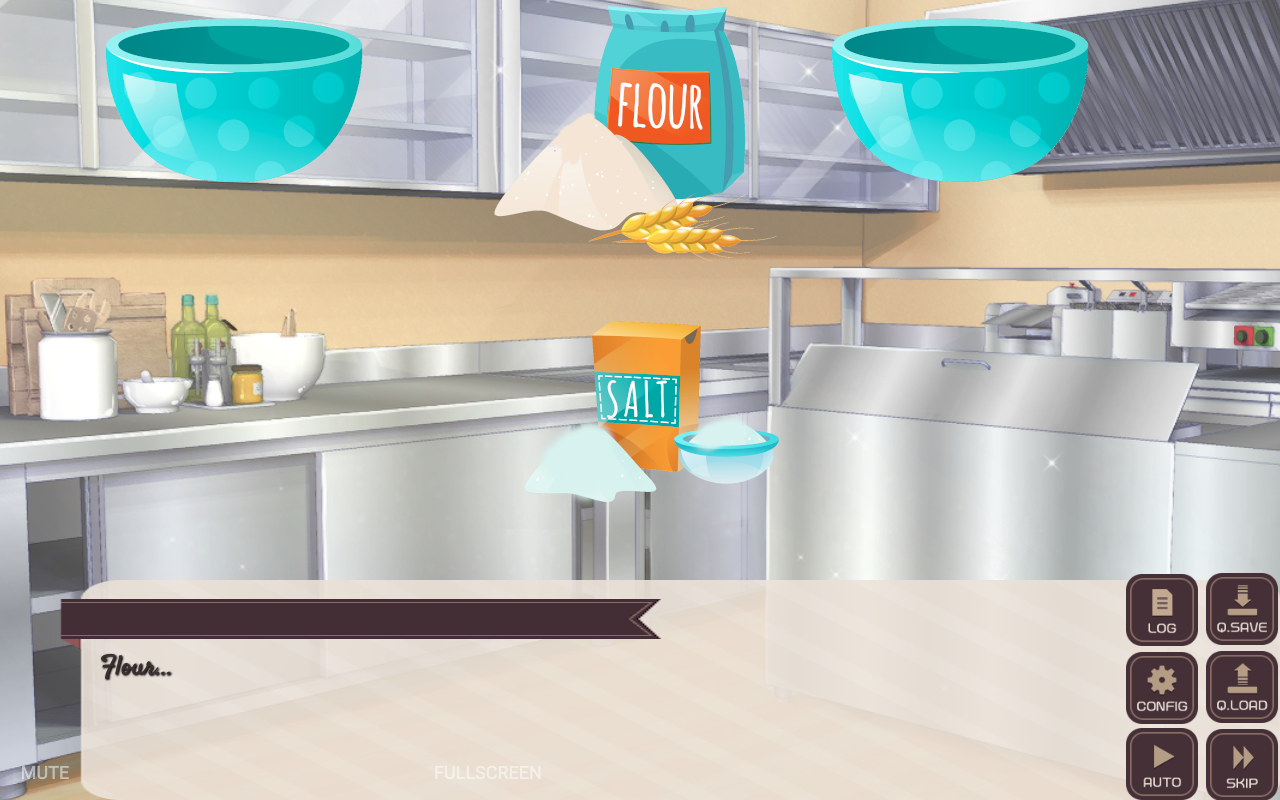 In all honesty, I'll most likely only be able to produce a demo or lite version of the game since the scope is rather large. What do I mean? Well that involves a little lore!~

The full version intends to have two versions of gameplay.

In the game, you can make two different kinds of sweets with magic, Heavenly and Rancid. For the jam, you'll automatically be playing the Heavenly version, where you make sweets with positive emotions. Rancid, then, is the opposite. Naturally, the Rancid version is darker where the Love Interest's feelings for you border more towards obsessive. That version will automatically be PG-13.

Progress:
Sprites: 90% Complete
BGs: 100% Complete
BGM + SFX: 100% Complete
Script: 0%
Main Outline: 40-50% Complete (Heavenly Ver.)
Teacher Route Outline: 20%
Flirt Classmate Route: 0%
Cold Classmate Route: 0%
woop234 woop234
Slams into a chair I AM READY TO PURSUE ALL T H R E E
BeriiCreations BeriiCreations
First in line for the teacher ( ͡~ ͜ʖ ͡°) but in all seriousness I love the idea that you can be assertive or passive in your choices. Can't wait for this!
Neeka Neeka

BeriiCreations said: First in line for the teacher ( ͡~ ͜ʖ ͡°) but in all seriousness I love the idea that you can be assertive or passive in your choices. Can't wait for this!

I'm glad you like it! At times I get tired of playing the naive innocent type who gets chased around by men lol
Neeka Neeka

OHISASHI said: Slams into a chair I AM READY TO PURSUE ALL T H R E E

Due to time constraints on other projects, I've decided to go ahead and publish a little baking mini-game thing. If I happen to have more time than I thought I can submit an actual game, though I'm not sure.

Still, I really like the plot + characters planned for this game so I'm not abandoning it, I just won't be able to submit it by time Feb. ends, I think.
New Posts Messages have been posted since you last loaded this page. View them?
Follow