SYNOPSIS
﻿Reina Maeda, an Idol trainee who has just be released from her company due to her being the least popular member. Considering dropping being an idol, she stumbles upon a flyer for an audition for the new coming group Misfit✩Dream~. She end up acing the audition making her the fifth addition to the group. How will she get along with the other members? Will she blow it again? You decide.
CHARACTERS

PROGRESS AND JAZZ﻿
﻿I came up with the idea for Idol✩Complex! after wanting to make a dating sim involving more then one route. After making Miyagi's Shell and working on revamping a horror vn I made years ago, I wanted to make something a bit more lighthearted and cute. I had an idea to make the pc live with these different love interest. After hanging out with a friend who really loves idol games, I came up with Idol✩Complex!
I've been working on the game for about a week now. I usually take no longer than a month to make games but I decided to take my time with this one so there is no deadline set and I plan to release the game free. Currently, I have all the four main character sprites drawn and the prologue is near completion. I'm currently looking for writers to write the individual routes as I feel the game can benefit versatile writing styles and also, I'll admit, it take me a while to make good routes. (reason why Miyagi only have one route with two endings). That being said, I work on the game everyday and will continue to do so (Until I get a job and have to put less time into it).

Right now I am working on finishing the prologue, recruiting writers, drawing side character and make GUI. I'll provide updates as they come. Next I hope to introduce possible side characters and an Idea of how the Gui works.

oooh the characters are cute!
SyntheOtaku

Snow Queen
Thank you so much!
admin admin
All of the characters are super cute looking, good luck on finishing this.
SyntheOtaku

Snow Queen
Thanks a lot. I'll be some time till it's finished.
Kazuna

Megane
Whoa nice!! I love all the colors ٩(ˊᗜˋ*)و✧*｡
SyntheOtaku

Snow Queen
﻿
PROGRESS UPDATE!
Hello, Syn here! I wanted to post some about some things that changed since I last posted, announcing the game's development.
SIDE CHARACTERS!

First, I want to show the side characters of the game. I never really made side characters in my games since they were smaller, more focused games. Although it was a lot to draw all these characters, I'm really happy with them

﻿
﻿WRITING PROGRESS
The prologue is finally finished! Also I managed to recruit writers to write the routes. They've been great and have great ideas. Writing is still in the works as far as the routes go so I'm excited to post about that in the future!

﻿OTHER STUFF
I wanted to show off some of the GUI I made for the game. It took a while for me to come up with a textbook I was satisfied with. After looking at other game's UI for about a week straight this is kinda the process I had.

﻿
Thanks for keeping up or stopping by! I hope you like the side characters as much as the main. If you have any questions, please ask. Bye!


Some in animations I made for menu screens:

aah this looks awesome! i love the GUI and the characters, expecially the colors.
Looking forward to it!
SyntheOtaku

fluffness said: aah this looks awesome! i love the GUI and the characters, expecially the colors.
Looking forward to it!

Megane
Glad to see the side characters!! They all look interesting ٩(ˊᗜˋ*)و✧*｡
SyntheOtaku

Snow Queen
﻿✩ Tiny Progress Update ✩
Hello, Syn here again with a little, tiny update with Idol✩Complex. I thought I would talk about what's going on with the game between five months since my last update.

Writing Progress
﻿Writing is going well while also being a slow process. I've been writing in some lead up for the routes so the writers I'm working with have something to work with. They have been doing great work and I've been satisfied with results. The game doesn't have a deadline so we're in no rush to get all the writing done which is a blessing and a curse. A blessing that no one feels pressure with deadlines and a curse being that I have to eagerly waiting to see how the writers handle the characters. That being said, I'm happy to say that we've gotten to a point where there are choices in the game. It's only one route so far but getting enough content down to make choices is kinda line a milestone to me.

Screens/UI
A good chuck of my time working on the game has been working on screens and matching them to the tone of the game as well as making them a bit personalized for the player.﻿ Here is the current setting screen and save/load screen that took so long for me design and be satisfied with it. I also added little chibi animations to up your cuteness. You're welcome 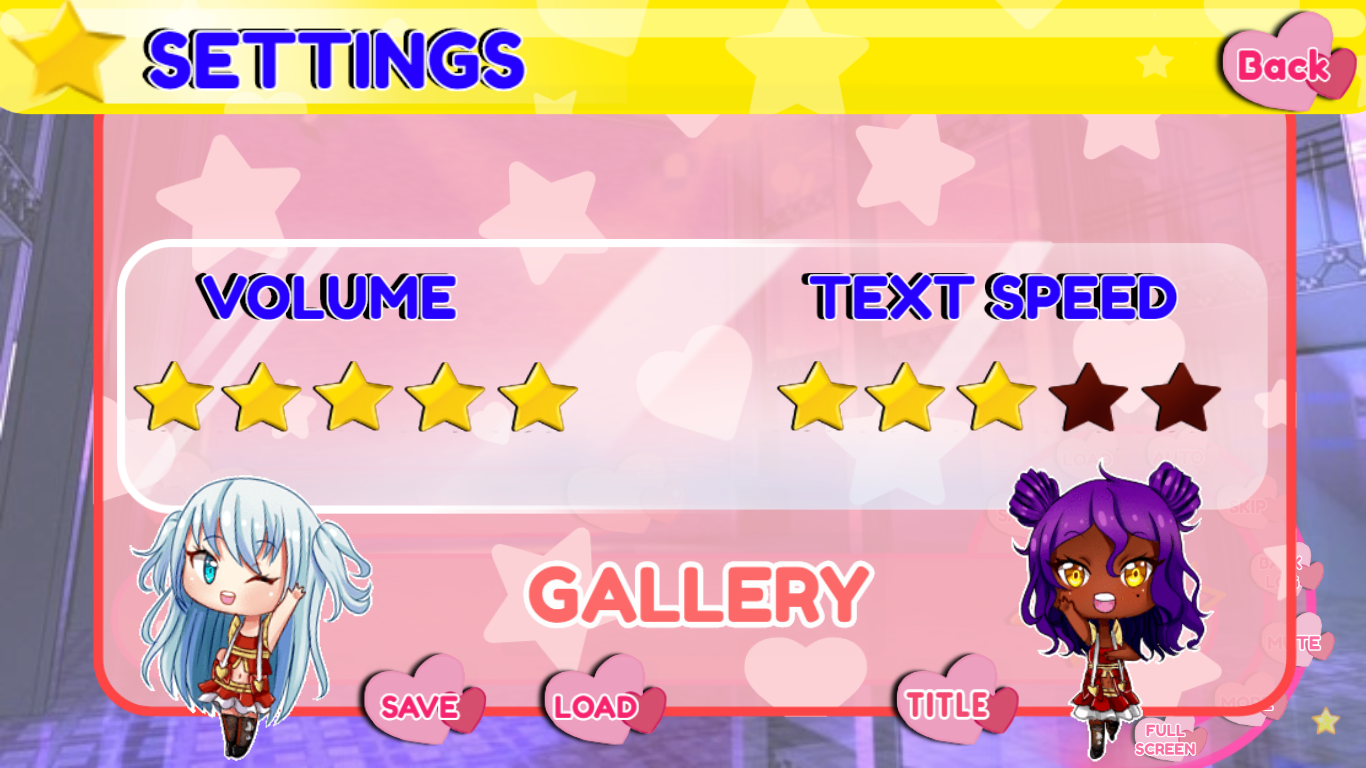 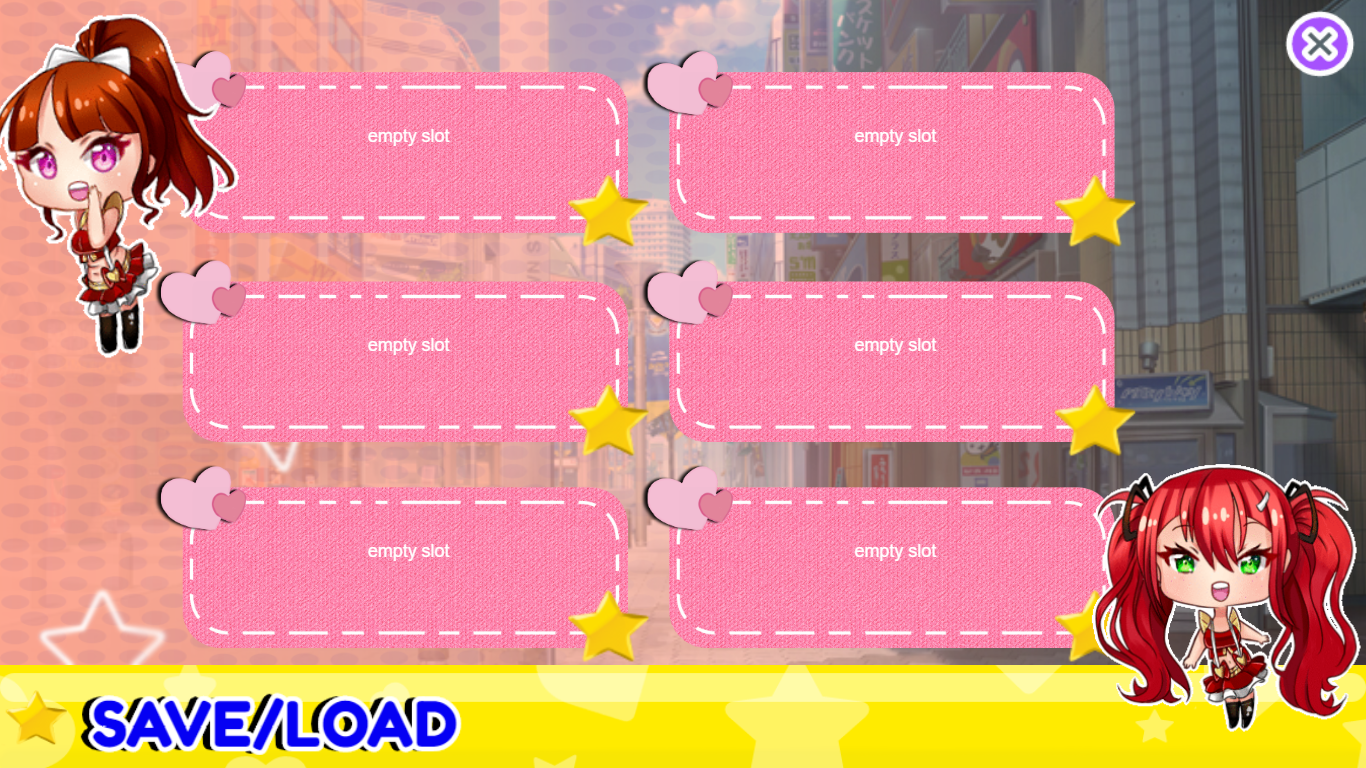 I also wanted to make the CG gallery special for the player too. I thought it would be nice to have the background of the CG gallery to be the character that the player chooses and I would like it to change whenever the player chooses a different route. For example, if you choose to play Rin's route, Rin will be the background of the gallery until you choose a different route. It took a while to implement correctly so I hope this is something player would appreciate! 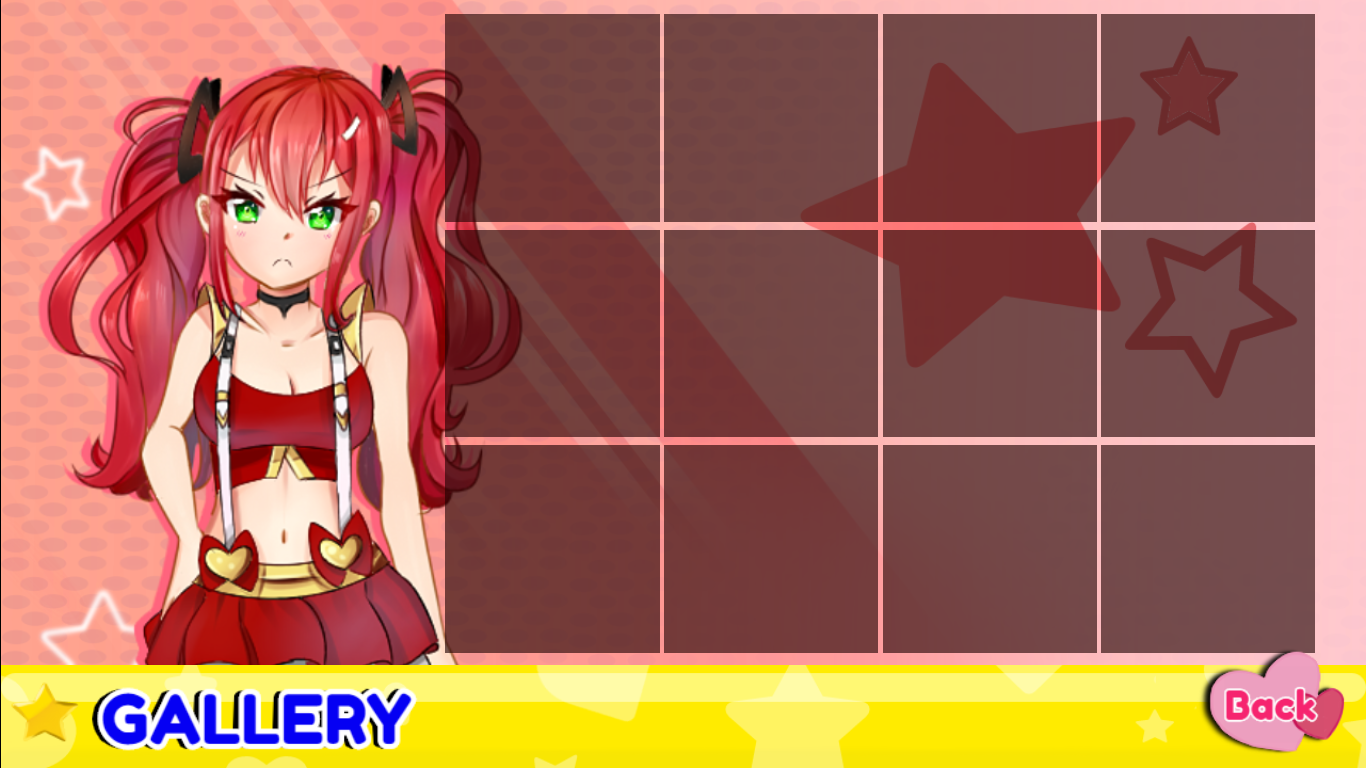 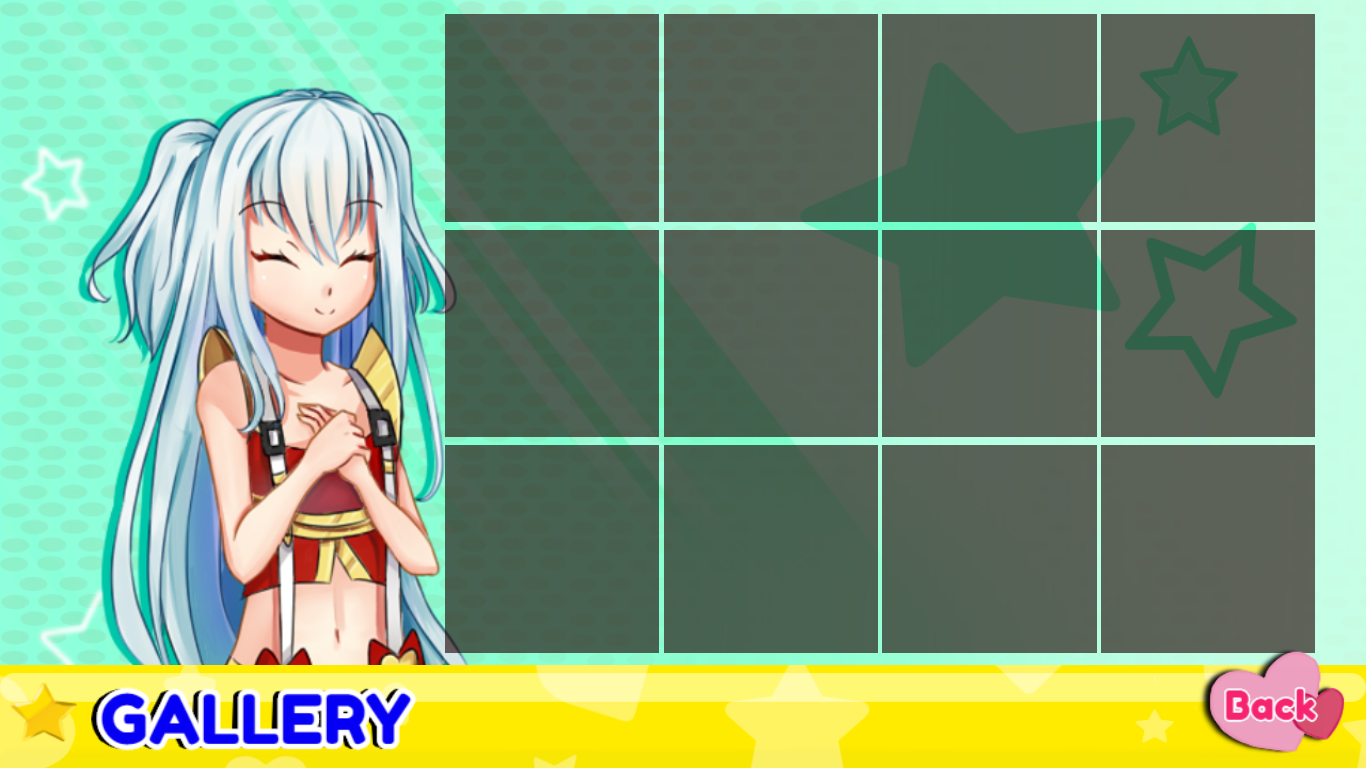 Debugging
I also spend a lot of time trying to debug the game and making sure there were no hiccups with the screens or anything of the like. I know debugging is like a final stage thing but I couldn't help myself. I just can't leave problems alone and come back to them later. I'm not sure if this is good or bad but hey, everything seems fine and running smoothly thus far.
﻿Conclusion
﻿Sorry if this wasn't the most interesting update post but I just wanted to assure that I'm still working on this game and will continue to do so until it's completed. I probably won't update again until something big happens like the game is close to completion or half the routes are finished. So in the coming month things will be quiet but know that progress is being made!

Thanks for following the development of Idol✩Complex! Even though I'm making this game for free as a hobby and taking my sweet time on development, it means a lot to me so thanks if you've been keeping up or even remotely interested in the project. Thank you!

﻿
﻿New title logo
New Posts Messages have been posted since you last loaded this page. View them?
Follow