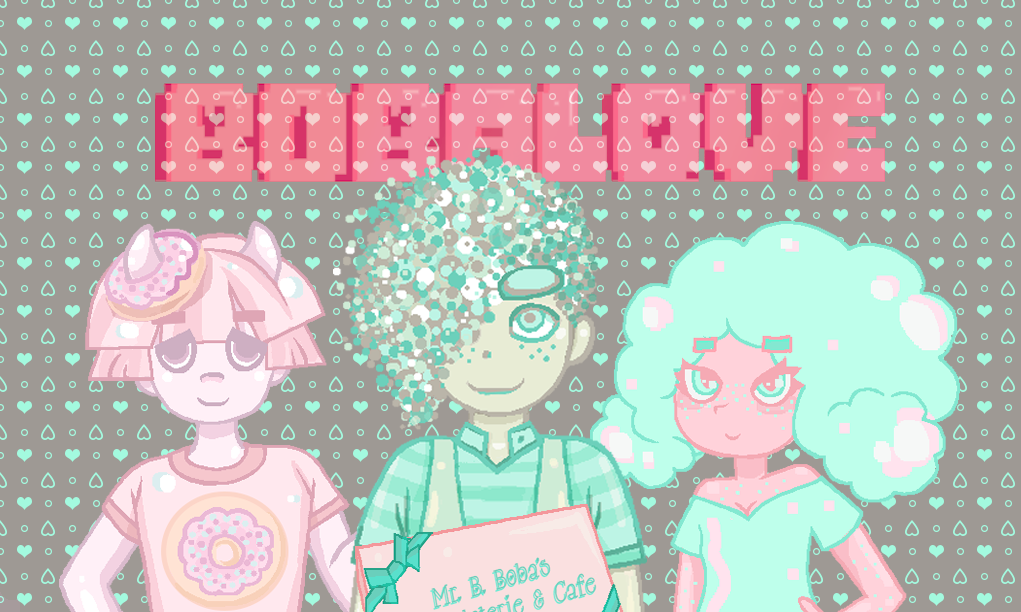 I guess I kind of forgot to post an update on my latest VN, BobaLove.
It's a first person Otome where you try to gain the interest of the main protagonist, Boba Boy in his father's Chocolate and Tea Cafe.
When you are mistakenly given the wrong chocolate box, you get magical truffles instead, which can either give you super abilities or influence others. It's not a super serious game, but I just wanted to do something kind of cliche but different. I There's initially going to be five stages, and lots of fail scenes along the way, if you choose wisely to the end, you can unlock cgs. (in the future this will be put up)

Astara Astara
The Main Characters are:

Boba Boy
He works at Mr. B. Boba's Chocolaterie and Cafe, is a fruititarian (only eats fruit) and is main romantic love interest.

Glaze Donut
He's main good friend, currently dating Spice Cake. Is a casual type of character. Voice of reason, his best friend is (you) and Cotton

Cotton Candy
She's another main good friend, currently dating Jimmy Sprinkle. She likes gossip and eats tons of sugar to maintain her beauty. She use to date Boba Boy, so she helps in matters of the heart.


Jimmy Sprinkle
He's a casual side character, is dating Cotton, but he's been known to date around.

Spice Cake
She's a casual friend, dating Glaze. She is very shy and doesn't talk to anyone she doesn't know.

Marzipan
(Your) average crazy neighbor who's lovesickness is borderline stalker. She's a pirate enthusiast, which later comes in handy to find candy treasure.