I'm bored. Well, okay honestly I've some other things to do but I don't feel like doing it right now so I created this post.

This post will contain my PERSONAL opinion of the novels I've READ. Not all of the novels gonna be a novel I like. Some novels, I haven't finished reading it too. Some may have been dropped due to various reason. And many various other situations.

The purpose of this thread? Just to fill up my bored self. Nothing extravagant excuses. So I will be updating this thread whenever I want. 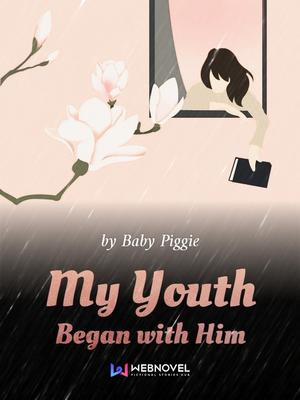 
I gave this novel 5 stars rating! The start of this novel is quite typical. Female lead found her fiance was cheating on her in the apartment they've recently bought for their upcoming married life. Right after that, female lead met her first love who left her to study abroad without saying anything. The first love proposed her right there and then. This situation was witnessed by her 'ex'-fiance and he called her a whore.

Female lead rejected her first love because she was hurt too much by him. In his absence, his mother initiated an accident to her stepfather which killed him. Well, the typical drama of rich family did not approve the relationship of a common girl with their son. So what happened here, after the death of her stepfather, the female lead has to reject the offer to study abroad (she has a high IQ) and continued her study in a third-rate university to take care of her family. Her brother was still in school and her mother blamed her for her stepfather's death. Now, she was an intern nurse in a quite reputable hospital.

However, one day, her brother involved in an accident and had to undergo surgery. The surgery was expensive and the female lead could not afford it so she asked her friend for money but her friend could only lend that so amount of money. It was still not enough so she bore a thick face and asked her 'ex'-fiance to borrow the money that they pooled together to buy the apartment. The 'ex'-fiance put on the air and demanded her to get back with him because his parents would go crazy if they found out about their break up. Ah, did I mention that at the time he said this to her, he still had the woman he cheated her inside their apartment? So freaking shameless.

Then, the first love found out about her situation and offered his help. Of course, not for free. He wanted her to marry him. She was left with no choice but to agree with the condition their marriage will need to be concealed and they signed a contract that they would get a divorce later. Both of them agreed.

And so... from this on, the first love would slyly flirt with the female lead. The rest... I don't want to mention. If you wanna know, read it.

So... what makes this novel interesting?
Of course, the female lead. She's so freaking smart! And her attitude, she was so haughty and she knew to not be stepped on. She admitted that the only one who could defeat her in the verbal argument would be the first love only. Because he knew her too well and so freaking shameless.

Another thing is the love triangle. Don't misunderstand. I never like a love triangle but this novel has the rare case of a love triangle that I can feel at ease. Why? Because both male lead and second male lead knew how to respect the female lead as a woman. They did not some ridiculous bet like "If I won this, the female lead is mine!" (Gosh, how I hate that kind of story). After knowing that female lead is married, the second male lead did not do anything that would ruin her reputation. He respected female lead's opinion very well and would be contented if he could just see her from afar and or saw her picture on social media. (He did very best to not like her picture too as he was quite well-known and if he liked her picture, it would cause a scandal to break out). Second male lead's friend actually suggested second male lead to sleep with her but he refused as he knew, that would make her very unhappy.

There are so many things to talk about this novel but I'll stop here.

Princess
This novel looks so interesting...
New Posts Messages have been posted since you last loaded this page. View them?
Follow