Follow
XxAshVirusxX XxAshVirusxX
This Role play is about a High School. The High School is Welcome to Everyone from ages 14-19. There´re 4 Grades in the High school. The First Year is the Freshman, which is ages 14-15. The Second Year is the Sophomore, which is ages 15-16. Third Year is the Junior, which is ages 16-17.
Lastly is the Forth Year Senior, the age group is from 17-19. Everyone is welcome to Enroll at the school. No Uniform is needed, your are aloud to pretty much wear anything of your liking as long as its not to revealing. You don´t have to Pay money to get into the school as well, It is Free. There are Clubs the Students can Join for Personal Entertainment. The School has everything you can imagine Pool, Cinema, Arcade, Food Trucks, and a bunch more. Please join us on the Adventure through High School, It would be a Pleasure to have you!

WitheredFoxy87 WitheredFoxy87
Name-Vixy
Sex- Female
Species- Kitsune
Age- 17
Height- 6'4
Personality- Kinda shy, but once she gets to know someone, she really opens up. She's a great cook, Is very protective of her friends.
Likes- Baking, hanging out with friends
Dislikes- mean people
Looks- Wears a maid outfit, ( Just what she likes, she isn't forced to where it) Orange hair, and  teal-ish eyes
Brief history- Lives with her Friend Nick. ( May introduce him later) Her parents died in a train wreck ( Same as one of my other OC's) And know she lives with Nick and his family. Is the cousin to Asriel Nightly ( One of my other OC's)
( Here's a pic) 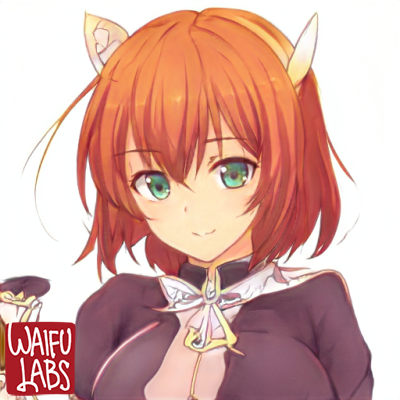 AoiOtaku09 AoiOtaku09
Name: Keiko Okuda
Age:16
Height: 6'1
Personality: Tsudere-ish but kind
Sign: Aries
Likes: Spicy food and animals
Dislikes: Annoying people
Brief History; She is an delinquent and tends to protective of her friends and family. She is the light Music Club and she smoke
{This is what she looks like} 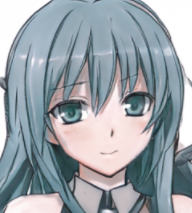 AoiOtaku09 AoiOtaku09
Keiko smokes behind the school building to not get caught. Shoot, I hope I don't get caught and I stole this pack from one of those teachers; she thought to herself.
WitheredFoxy87 WitheredFoxy87
*Walks behind the building to smoke, finding Keiko back their, smoking* " Well shit, I didn't think anyone else came back here..."
XxAshVirusxX XxAshVirusxX
*Sits in the big Sakura tree behind the school smoking. He´d toss a knife up and catch it repeatedly.*

WitheredFoxy87 WitheredFoxy87
* Leans against the wall and lights a cigar.*
AoiOtaku09 AoiOtaku09
"Well, where did you get your cigar from?" she says in an fierce tone to Vixy, eyeing her.

WitheredFoxy87 WitheredFoxy87
"Ah. I brought it from home."
AoiOtaku09 AoiOtaku09
"I stole mines from one of those damn teachers. Other kids must be very irritating." she says in an hushed tone. She finishes her cigarette and throws in the trash to get not caught. She walks back in the building to the music club.

WitheredFoxy87 WitheredFoxy87
*Chuckles* " Good an ya." *Smokes her cigar*
XxAshVirusxX XxAshVirusxX
*He´d Side glance at the kids smoking at the back of the school. He´d sigh blowing smoke. He´d pull his mask back up crushing the cigar in hand.*

WitheredFoxy87 WitheredFoxy87
*Crushes the cigar, disposes it and heads inside.*
AoiOtaku09 AoiOtaku09
She starts strumming an guitar and sings,"In the mist the facts twist
Was all this swell, or just some kind of hell?"