The Witch of Pondgulch   PG-13 Ongoing

The Witch of Pondgulch   PG-13 Ongoing

Ardel’s life is simple: she follows the rules, and she tries to be good. But when a new student crashes in to her bland life at the Pondgulch Girls' Charity School and townspeople start looking for someone to blame for recent tragedies, "simple" gets, well, complicated.

A pseudo-historical (?) drama about friendship and disobedience. Think the first part of Jane Eyre meets the Salem Witch Trials? Except just ignore the part where the Witch Trials took place about 200 years before the events in Jane Eyre and apparently charity schools didn't really come into fashion until like the 1700s at the earliest? I dunno guys I just wrote what I felt like writing haha.

This was supposed to be for the jam back in October 2018 but, um. I got carried away. I want the story to branch eventually but for now I'm just going to update chapter-by-chapter until it can be played all the way through as a kinetic novel.

https://freesound.org/people/abcopen/sounds/166207/: “Childrens’ classroom” by abcopen is licensed under CC BY-NC 3.0

https://freesound.org/people/Jagadamba/sounds/257046/: “Domestic Sounds, Running” by Jagadamba is licensed under CC0 1.0

I finally got around to finishing this VN...(only took me what? 3 years?) and I loved it, everything from the history to the art and characters! :3

now if you excuse me I'm gonna go cry in the corner for the next 3 years.
Reply

One of the best visual novels I've read! I love the twists and the style and everything!
Reply
VIEW 1 REPLIES

Wow, I did NOT see letter 9 coming! That twist really brightened my day!
Reply
VIEW 1 REPLIES

Stunning! I can't wait for the completed version. The artwork, music and storyline is just on point!
Reply
VIEW 1 REPLIES

I just started and I love it already!! The art style is beautiful, the animations are fun, and the writing makes me feel as if they really were in the time of the witch trials. It's so good!
Reply
VIEW 1 REPLIES

I'm super duper late, but I felt I had to say that this VN is AMAZING. The style, the story, the lure... All of it fits together so well! I'm definitely making fanart, this is incredible!!!!
Reply
VIEW 1 REPLIES

AHHH THAT ENDING!!! I'm so sad right now :'(...such a unique novel, with great visuals!! I love everything about this! I heard you mention different routes for the future...I really hope that comes true! I'm going to cry my sadness away now lol.
Reply
VIEW 2 REPLIES
Load More Comments
Screenshots 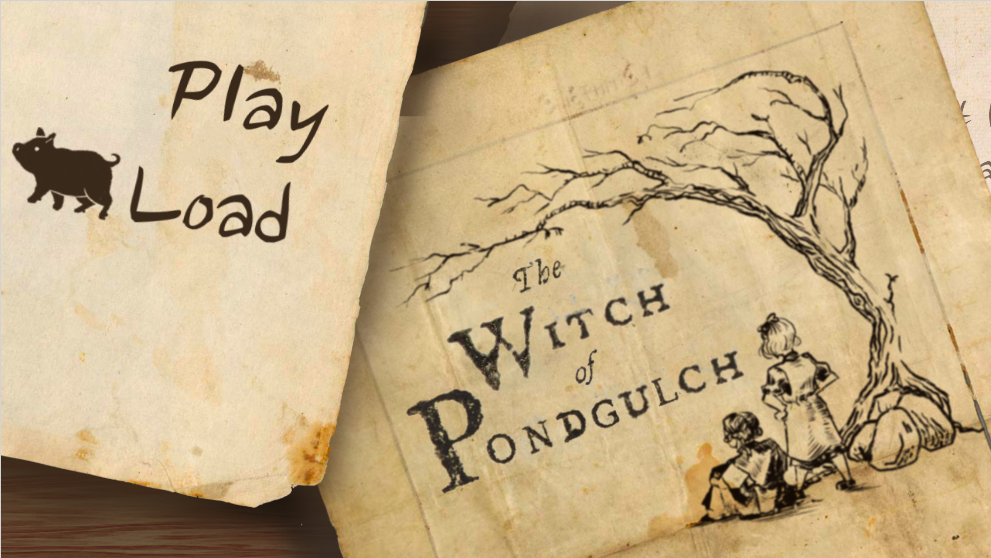 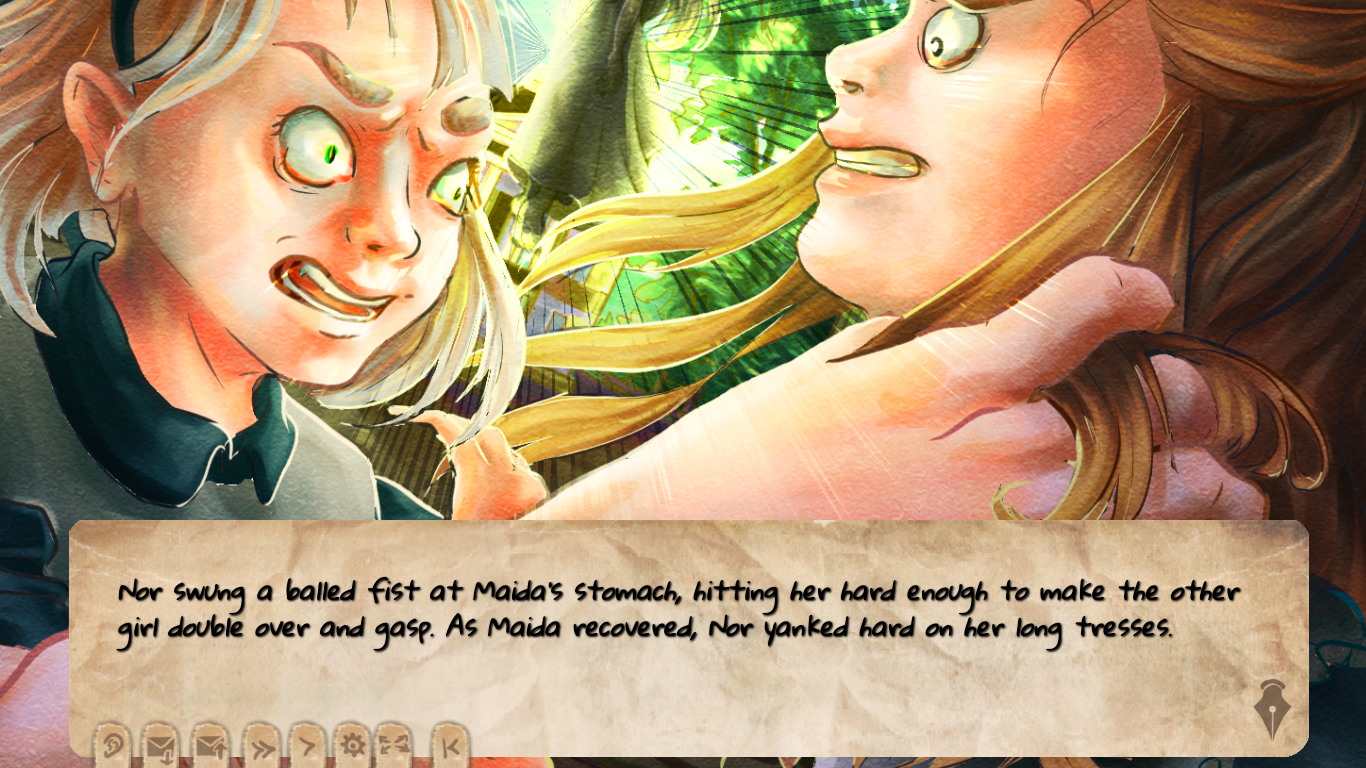 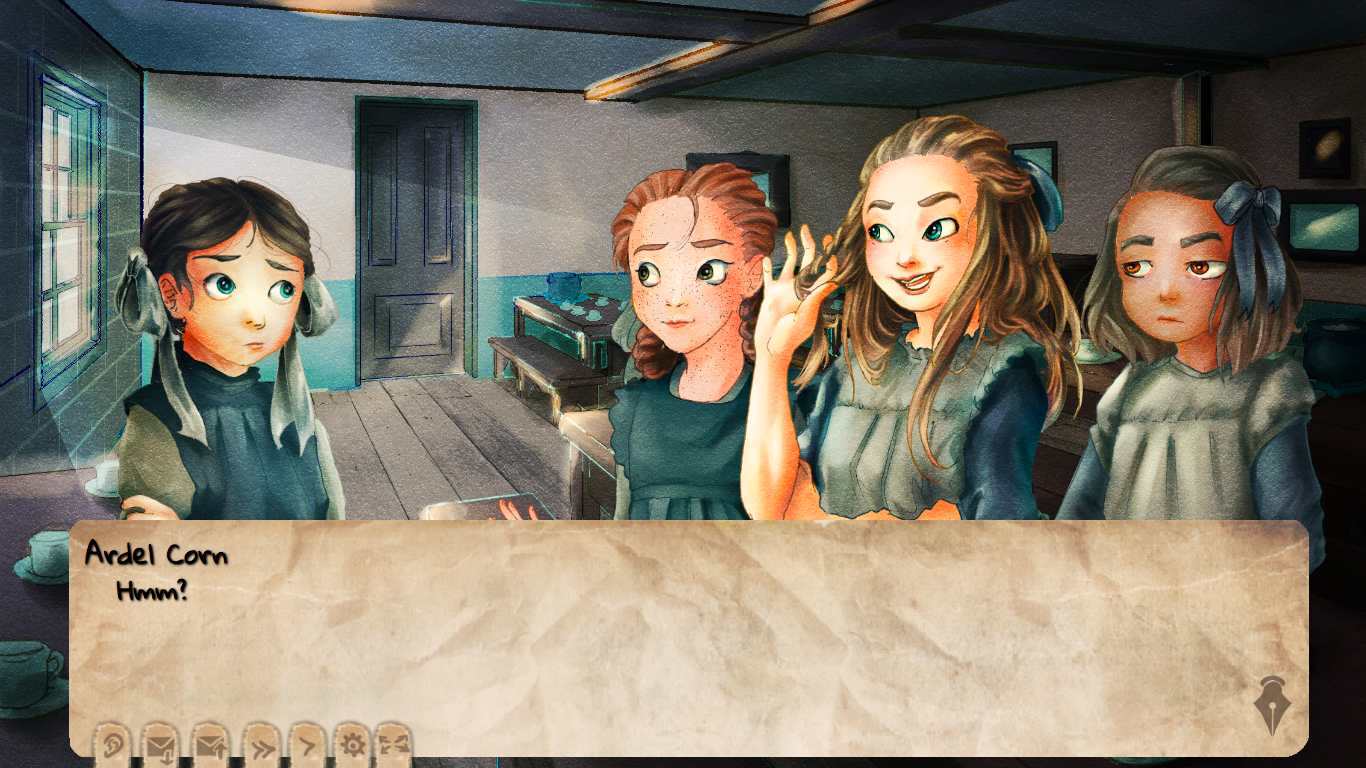